Mathematics in the Second Plane of Development

In the preschool setting, it is not uncommon for tamariki to return to the same piece of material over and over again in a quest for the satisfaction that comes from mastering that particular piece of equipment.
During the Second Plane (6 to 12 years), children usually enjoy more challenge and variety in their work choices. They are often inspired by work that other children are doing and are keen to move onto abstraction of mathematical concepts. However, it is important that children are able to consolidate learning, otherwise they could miss out on fundamental building blocks and end up with 'gaps' in their understanding.
Learning basic addition and subtraction facts, identifying fractions, and practising times tables help students to use their working memory on solving more complicated mathematical problems rather than spending valuable mental energy on these operations.  However, since children in the Second Plane are less enamoured with repetition, how can these skills be practised whilst still keeping students engaged?
I have found that variety is the spice of life in our classroom. Students complete a number of different mathematical tasks which offer challenge but also include valuable practise of skills. Here are some examples:
This student is adding and exchanging coloured beads for bars of ten golden beads. Later he is shown how to check his answer by laying the coloured beads next to the golden beads. The student starts to see combinations which add up to ten. 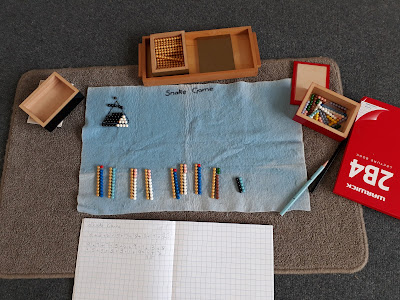 Other students have been introduced to ratio. They started off comparing different ratios using coloured play dough and coloured water.
Later, students were ready to apply their knowledge to solving ratio problems. The challenge of this work keeps students engaged but all the while they are practising multiplication and division facts as well as refining their fraction knowledge.
Each week we have two different levels of math challenges. Here two students are solving the following word problem using drawings: 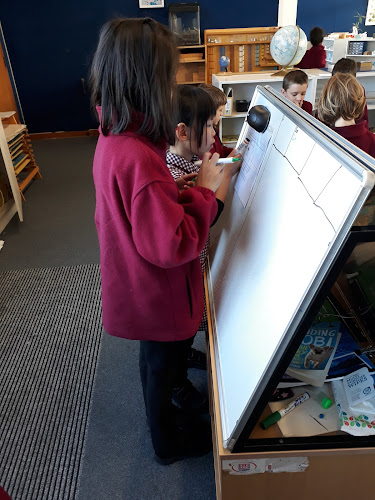 These math challenges provide engagement for the children as well as opportunities to reinforce multiplication and division facts and fraction knowledge. The Montessori classroom offers children the gift of time to explore and understand different mathematical concepts without being rushed off to the next task.
There are numerous other ways children can reinforce mathematical learning in our classroom. Playing games with other children, observing others working, returning to familiar equipment, etc. Maths is fun and engaging in our classroom!

Posted by Dawn Young at 4:15 PM No comments:

Montessori teachers are encouraged to observe students in order for them to act as effective guides. What this means is that, at times, teachers need to let go of their own agendas and simply follow the child. This week I was privileged to see yet another example of this in action in the classroom. Three of our younger students have been drawn to the animal boxes and will often unpack, look at and play with the small models contained therein. On this particular day I suggested a lesson around classes of vertebrates (definitely not what had planned for these children this week!). They eagerly joined the lesson where we learned the scientific names for classes of vertebrates (e.g. Class Pisces, Class Reptilia, Class Aves, etc.). We also learnt about being hot/cold blooded, how the different classes take care of their young and what skin covering each has. Later the children matched pictures to each class. 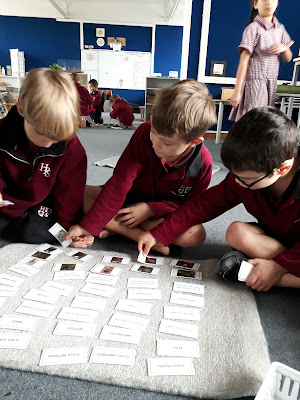 I then suggested that the children take the animals from the animal boxes to match them according to class. They eagerly did this and I thought that would be the end of this work. Soon, however, the children involved came to tell me that mammals had the most. They were looking at the animals as though examining a bar graph. The mammal line certainly looked longer however, I started counting and we realised that both mammals and birds in fact had the same number. Then the children got really excited! They ran off to get paper and pencils to record their results. 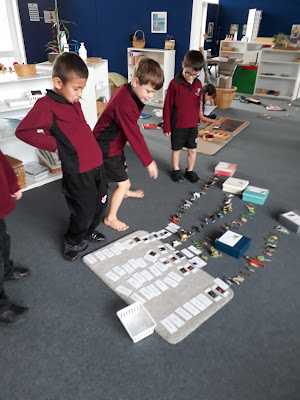 One of the boys decided that there were more mammals in the room and went off to collect all the prehistoric mammals as well as the early human models. The mammal line was now the longest! The students came to ask how many 33 and 13 were when added. They were given an impromptu lesson on adding up the tens and then adding the ones. Off they went to write down the number of mammals. Other children came to observe and count with the boys. 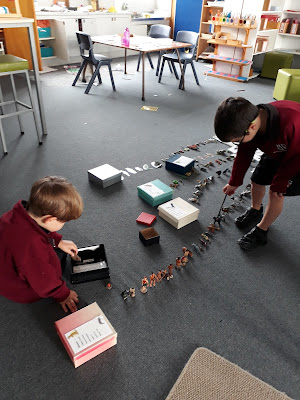 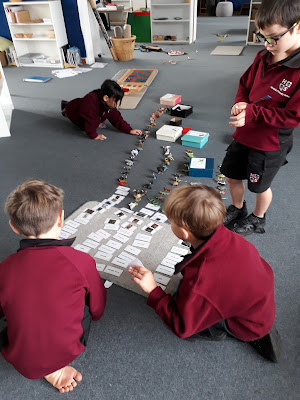 Later the students called me to explain their findings. Mammals were the winners! One of the students told me the rankings - first, second, third, fourth and fifth.
Here was the perfect example of how a range of concepts can be integrated: learning Latin names, biological facts, graphing, adding, classifying, learning ordinal numbers along with a good dose of collaboration, problem solving and engagement. Cosmic education is about more than integrating subjects. It is also about children finding their place in the world. Who knows what these boys were actually thinking when doing this work? I would like to think that they could identify that humans are mammals too. As individuals they were a part of this picture as well. They learnt about what makes each class unique and that they are unique too. This is one of the things I love about Montessori education!
Posted by Dawn Young at 5:08 PM 2 comments:

Our Montessori classroom nurtures the whole child. During the work cycle you will often find children engaged in a variety of activities such as practical life, academic learning, handwork, music, physical activities, art, etc. 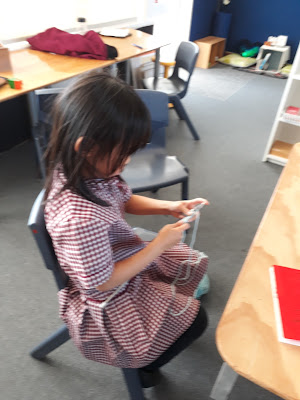 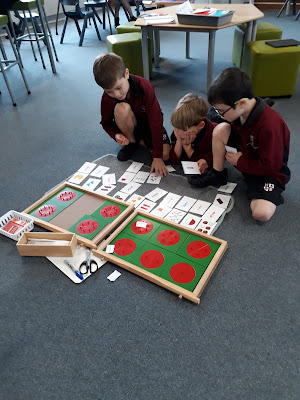 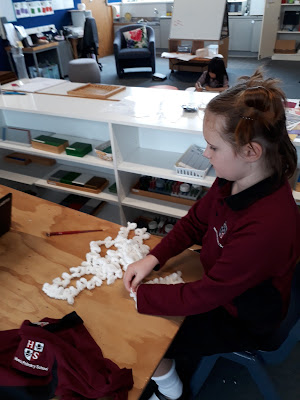 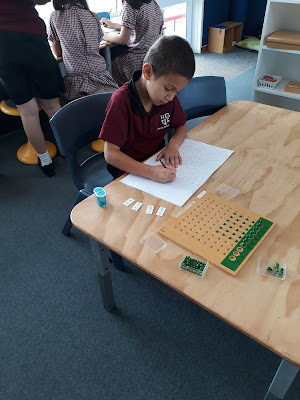 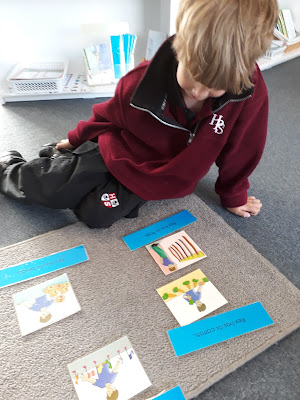 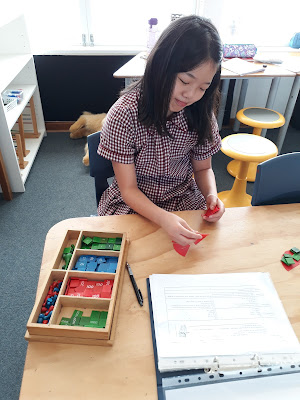 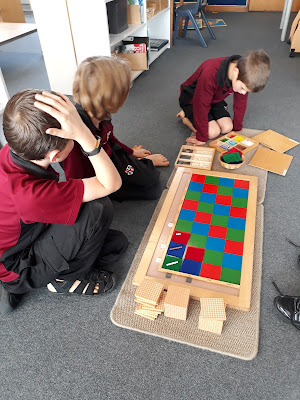 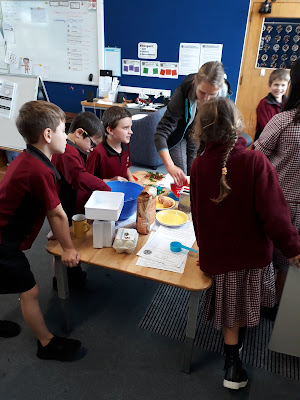 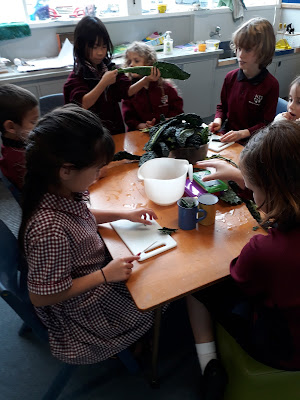 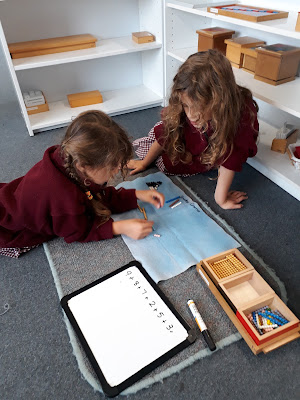 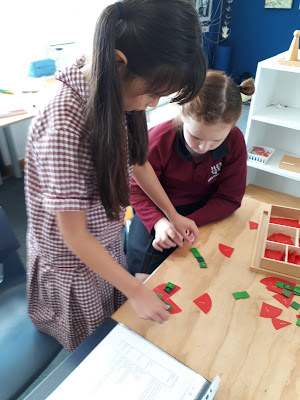 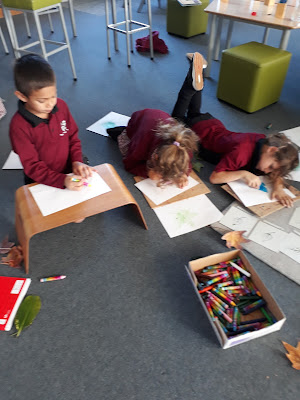 Welcome back to Term 2!

The children have settled into the classroom well after being at home for a number of weeks. Although there have been a few changes in routine, it has basically been business as usual. Our enviro teacher taught us about how to save water, given the current shortage in Auckland. Students explored identifying and naming fractions, finding equivalent fractions and adding fractions with different denominators. Some children learnt how to read the coordinates of maps. 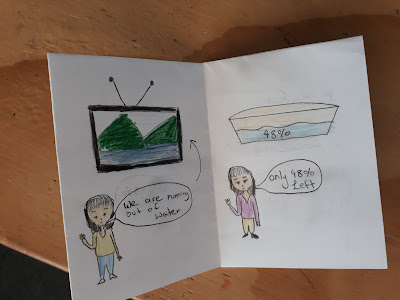 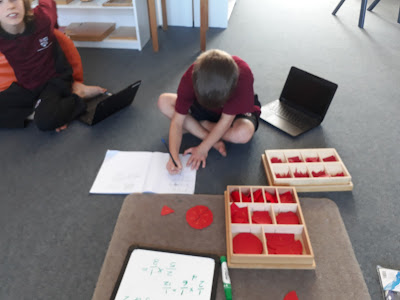 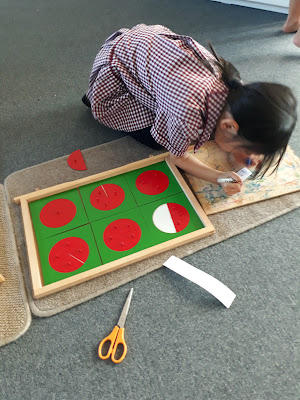 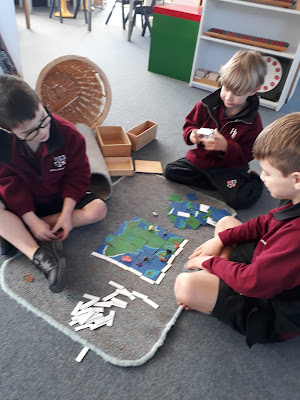 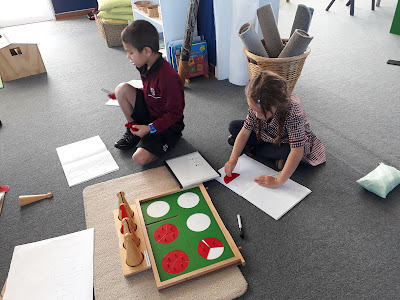 Posted by Dawn Young at 4:02 PM No comments:

Whanau can be teachers too!

During lockdown, parents and other family members have stepped up to support children's learning at home. This is no easy feat especially given that many parents and caregivers are juggling working from home, as well as managing all the usual household tasks during an overall challenging time. Our parents at Montessori@Howick have been amazing! Check out some of the learning happening at home:

Posted by Dawn Young at 8:49 PM No comments:

Our creative children are still finding ways to make music at home.

Posted by Dawn Young at 6:36 PM No comments: 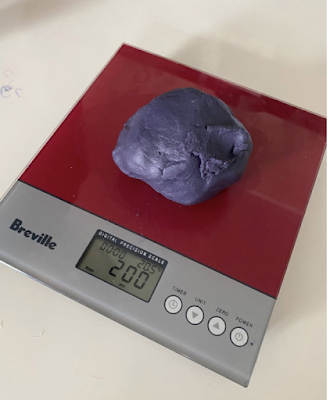 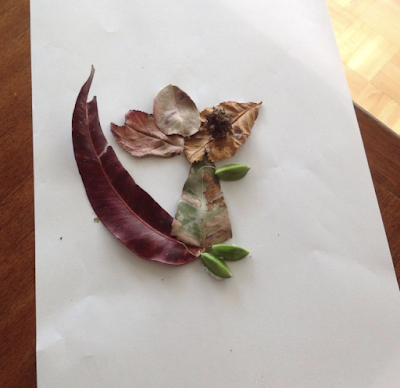 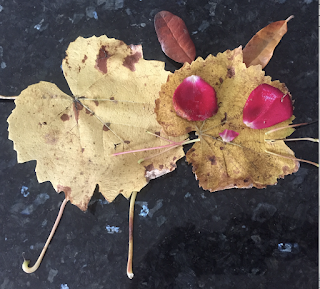 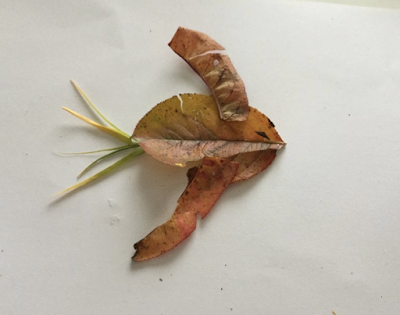 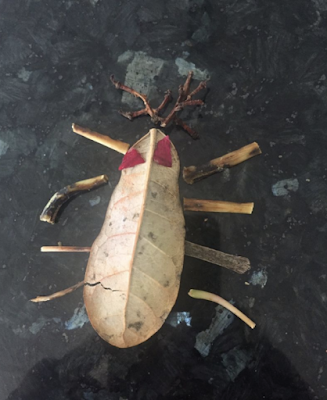 Posted by Dawn Young at 4:23 PM No comments: